You may have noticed that a few smaller-scale game providers have made it to the big table in recent years, and Big Time Gaming is one of the first ones to earn their seats.

Founded by some of the most experienced individuals in this business, Big Time Gaming is all about rocking your world with innovations and ground-breaking game features.

The team is found to have a very strong sense of what the players are eager to see and experience, which is why their products are swarming the top lists and taking away the audience’s favor alongside some of the titles made by giant companies like NetEnt, Microgaming or Playtech.

The Australian developer has a small, but striking, portfolio which is usually bundled together with other developers’ at casino websites. That did not stop both the players and the industry experts from noticing BTG games and singling them out for being unique and worth looking into.

Some of these have BTG slots via Relax Gaming which leads to missing out on a couple of new releases. All of them have been tested by our crew and are fast paying & reliable.

Wager Free Spins 50
0
T&C Apply
No Wagering On Any Rewards - Ever
3,000+ Games Under One Account - All Top Tier Suppliers On Board
UKGC & MGA Licensed - Secure & Fast Paying
Visit Casino
Read Review
* New players only. Min deposit is £10. 50 Free Spins on Book of Dead. Spin Value: £0.10. After your first deposit, you may claim your 30 Extra Free Spins by visiting the Kicker Section. No min withdrawal. Play responsibly. Full T&C's Apply. 18+ BeGambleAware.org.

The range of slots provided by Big Time Gaming is limited, as the company has released a little over 20 titles so far. They seem to have a different approach than many of the other suppliers. A few games per year and the limit when the production maxes out is reached.

But, hey – if the games they put out are awesome, we aren’t complaining. In all honesty, Big Time Gaming is behind some of the quirkiest slot machines out there.

Danger High Voltage is a modern video slot with an unorthodox setup. It has 6 reels, and as many as 4,096 paying combinations. The player takes on electric reels set in a retro discotheque, trying to collect a bizarre array of symbols that go from skulls and bells to tacos.

In this game, you can supercharge your bankroll with High Voltage Free Spins, or Gates of Hell Free Spins.

Bonanza is themed around mining gold; it has 5 reels and 117,649 pay lines, boasting a combination of Reactive Reels (Dual Reactions) and Megaways. Unlimited Multipliers steps onto the scene during the bonus round, as well.

Donuts is centered on a donut shop, it features a 4×4 grid format, quick gameplay and 2,401 possible winning combos. A slot machine that looks good enough to eat, Donuts will keep you at the edge of your seat with The Golden Donut bonus and a free spins round.

White Rabbit is a beautifully designed video slot that will appeal to the fans of the tale of Alice in Wonderland. It sports a high RTP and 6 reels.

On top of that, the players can enjoy the Rabbit Hole Free Spins bonus with an impressive 248,832 Megaways, as well as a Feature Drop system handing out rewards all day long.

Extra Chilli is practically Bonanza 2 – it takes on a Mexican fiesta theme, boasting a similar setup as Bonanza. The players are facing 117,649 ways to win in this casino game, as well as free spins, reactions, and the Feature Drop mechanism.

These are all mind-boggling slots with a lot to give to any passionate slot enthusiast, and it is also important to point out that BTG delivers games based on HTML5 technology, ready to run on any iPhone, Android, Windows Phone, BlackBerry or iPad device.

According to some sources Big Time Gaming set up shop in 2011, whereas others report it was in 1996. That’s because the CEO of the company, Nik Robinson, first founded New Tech Media in Australia and that is being recognized as the original company.

New Tech Media was sold to News Corp, which later merged with Orbis to become Openbet. Openbet is still a partner within the network of Big Time Gaming, which started operating, full throttle, in 2011, in the heart of Sidney.

Through a distribution deal with Microgaming’s Quickfire and a partnership with CORE Gaming, Big Time Gaming has succeeded in making its games available to a wider audience and easily accessible on mobile devices.

The brand benefits from multiple licenses in various jurisdictions, including the United Kingdom, Malta, Alderney, and Gibraltar. It supplies some of the world’s largest online casino operators and pays a lot of attention to only extend its operations across strictly regulated markets. Big Time Gaming has a grip on slots mainly, but they also develop instant win games in the form of virtual scratch cards.

So far, BTG games can be played in over 60 web-based casinos out there, which include some of the best UK online casinos as well.

How do slots developed by a boutique software company compete with the biggest names in the business? In the case of Big Time Gaming – with innovation. The uniqueness and authenticity of their games are beyond dispute.

They’ve done a lot of work in terms of game mechanics, playability and rewards, not to mention polished graphics and brilliant animation.

The Megaways, Unlimited Multiplier, Dual Reaction, and Feature Drop mechanisms are what ultimately sets their games apart and makes them desirable. What’s great is that they don’t reserve one mechanic system for a single game. They rather combine them and get something revolutionary as a result.

The Megaways engine allows for the slots to have up to 117,649 ways to win, and that is a number that can get any slot lover hyped. 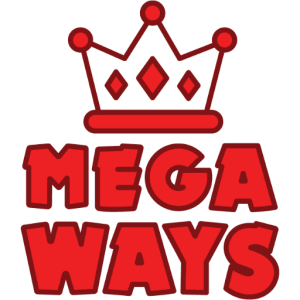 What put Big Time Gaming on the map was its innovative approach to designing the reels of their slots. Instead of going with the regular approach of fixed reels, they’ve designed a completely new way to play and win at online slots.

During each spin, the game will assign you a random number of ways to win and adjust the size of the symbols based on that. Most of the Megaways games, including White Rabbit, feature a layout of up to 7 symbols per reel and either 5 or 6 reels.

The Megaways slots have changed the landscape of the industry and are loved with recreational players just as much as they are by casino streamers and industry professionals.

Our Take on Big Time Gaming

Props to Big Time Gaming for being one of the few developers out there to only produce quality casino games. The company may be small, but their software is mighty.

It almost always outperforms what is expected in the slots category, and there’s little to do but to give them a round of applause and hope they don’t turn conceded on us.

The one thing that doesn’t settle as well with the players is the fact that the most popular slots by the Australian prodigy come with brutally high variance, and that cuts back the playtime. All in all, we’re excited – big time – to see what Big Time Gaming has in store for us next.